We need to explore the stance often and align it. This is a great season starter drill, no matter where your skiing is.

The idea is pretty simple: we explore the extremes (like too wide and too narrow or too tall and too low) and then settle on what is good.

Fore/aft - do 4 turns on the heels and 4 turns very forward, then continue with the rest in a middle centered stance and focus on recentering between turns. See fore-aft.

Based on my experience, the width is the hardest, as most skiers today ski with a very wide stance. Skiing with a narrow stance is pretty hard, because you feel like you'll lose balance and you tend to put some weight on the inside ski.

Remember that we always ski and balance on the outside ski and using a narrow stance actually helps with that!

Bend in all joints

When settling on a stance, remember that a good stance should have some similar bend in most relevant joints: 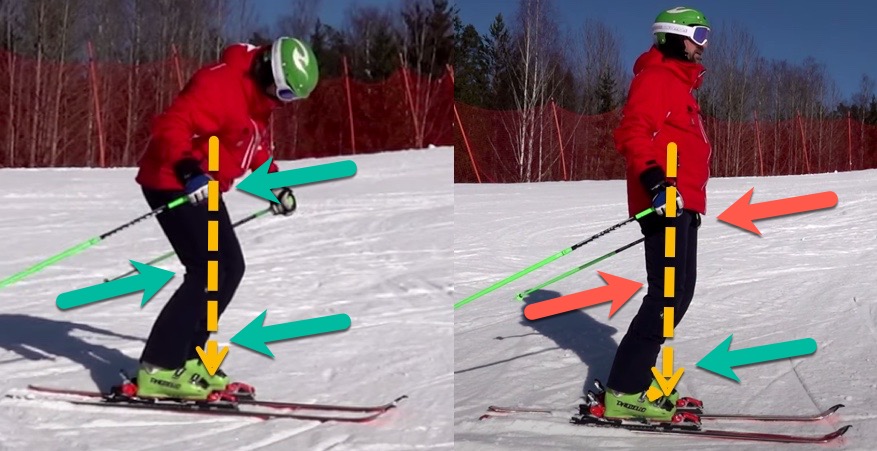 Standing upright is not forward

Repeat on some easy carving runs.