When we look at high level skiers and racers, we tend to see a very light and low transition, a state of "floating" between turns.: 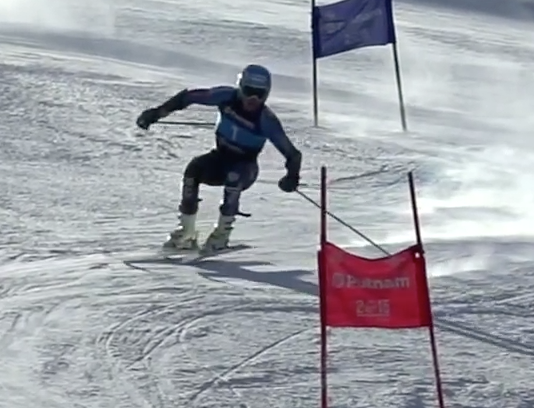 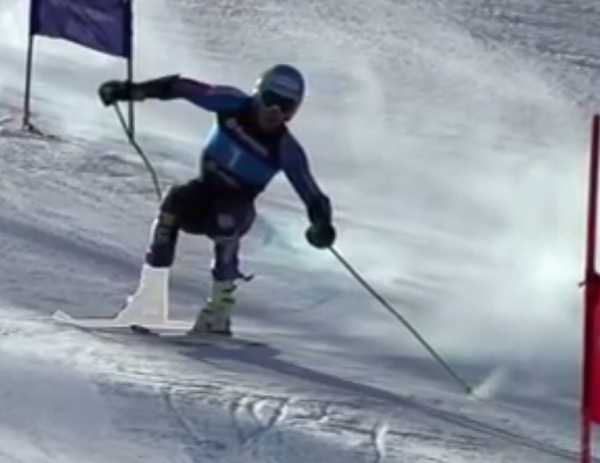 Besides the normal low stance (see Flex to release) we see also the skis very light and quite often, off the snow... is that normal, desired or just a mistake?

Well, since we're talking about a commonality among most of the top WC racers, it is hardly a mistake... but why do we see it so often?

Being light is normal between high-performance turns, where we generate a lot of ski performance. Ski performance is used by top skiers to generate energy that we use to effortlessly transition across the slope as well as over the skis and into the new turn. Some call this the "trampoline effect".

Although commonly thought of as "pop" or "rebound", this comes not as much from the ski itself, but from physics, i.e. the shape of the turn and the forces at the bottom of the turn. We use flexing to managing this energy, in high-performance skiing, see Flexed release.

What are the advantages of being light in transition? Well - we just saw a few posts ago that Extension kills tipping. That is advantage number one, as the ski is edged (untipped and then tipped) the most right around transition, to release the old turn and engage the new one. Being light encourages tipping of the skis on edge.

Here are some graphs from some research on the subject.

Here is a very scientific test of the energy stored in a bent ski. You can see why the trampoline effect comes mostly from the turn shape not the ski itself...