Ski Boot Flex - what is it for Subscribe Pub

Boot flex numbers - this is the one number everyone seems to focus on, when selecting boots. Some recommend stiffer boots, some softer boots... what to do, what to do? 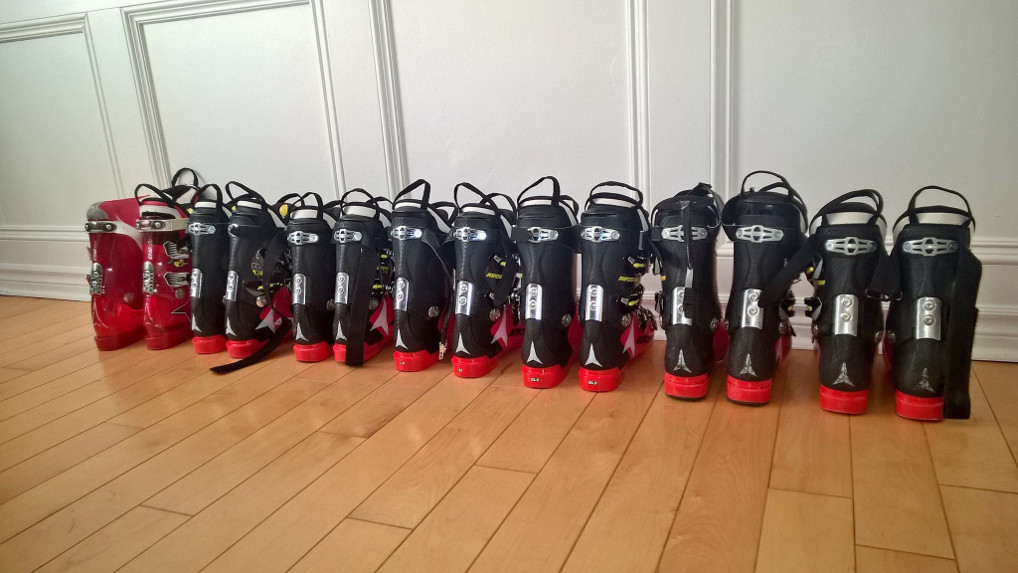 While the stiffness indicator (flex number, from 50, 60, to 190 and up) does indicate that the entire boot is more or less stiff, it is mainly about the cuff, indicating that the cuff is easier or harder to flex/bend... so, to understand how we can use or select this number, let's look at what the cuff does for us.

While you can normally see 170 boots advertised, the highest number I have ever seen was an estimated 190, for a WC racer's custom build boots. The plastic was really thick, compared even to the average race boots!

Most boot cuffs are stiff enough laterally, especially in relation to the overall flex of the boot, so the flex number indicates how stiff the ski boot is in a fore/aft direction and specifically forward (the back of the boot cannot really be flexed).

The main role of the boot cuff to support the skier and assist in re-balancing!

If one is on the cuff throughout the turn (i.e. trying to lever the tips into the snow) likely you're over-pressuring the tips, washing out the tails and overall be out of balance, as you're at the maximal range of movement in that direction!

Beginners have a small range of movement fore/aft, are pretty static and tend to have boots that are not properly set up, so they would get bounced around by a stiff cuff, so most prescribe a soft boot for them.

Another, but even more important factor is how the boots are setup fore/aft. There are many parameters, like ramp angle, delta and zeppa, boot cuff angle, boot cuff height etc.

So... softer or stiffer?

The big issue at stake is range of movement and support. In a stiffer boot, it is harder to dorsiflex or close the ankle - which requires the tibia to move forward. This is easier in a softer boot and/or a low cuff boot (a cuff shorter than usual).

At the same time, when you do close the ankle, the boot cuff is meant to support you so you don't "fall over". So, while a soft boot allows more movement, it also gives less support - which will put you likely in the back seat, quite counter-intuitively!

So - the two major functions of interest here are movement and support. Let's look at the issue through this lens now...

A boot that is too soft doesn't mean you can't ski, just that you can't ski well, as it will put you in the back seat because you have no support and you'll feel like falling over the handlebars every time you need that support, while the back of the boot is reliably there...

Very young racers can use softer boots, so they can move about, without a boot cuff that restricts the movement of the tibia too much. If the tibia is restricted too much, they will start to compensate for the missing range of balance in other ways and delay their learning of proper movements.

However, in our opinion, instead of just going too soft on the boot, it is better to use lower cuff models with more stiffness - as these will allow more tibia movement while providing the required support.

A stiff boot does take some technique to ski well, as most would probably try to flex it to be forward, but that's not how it works. I can say that one step in my journey of learning to ski well was when I got into a broken boot, one that would not flex at all... and after a couple of days of hurt you start to understand how it works.

It is not easy to give out generic guidelines. It all matters a lot on all the fore/aft setup factors.

As an adult, I would not ski below something like a 100, as anything above an absolute beginner - that was my first modern boot even before I could ski well (at 140lbs / 5'7"). My youngest at 13 skied a 110 boot - even total beginners in 110 boots are feeling better, because the boot does support them somewhat.

That's not the entire story though. The length of the cuff is very important, the angle of the cuff, the way you put the boots on is important, the fore/aft setup of the boot is important and more... and of course, the skier's weight. The stiffness is just like 30% of the fore/aft equation... and I have 130 Heads that are stiffer than 150 Atomics... and I have 150 Dalbellos that rock it off the stiffnes scale and take 5 minutes to put them on (that's also all the morning warm-up one needs). So the numbers don't even mean that much.

Bottom line, get a stiffer boot but set it up properly fore/aft, for you and you'll have a lot of fun.

Warren W has a very good section on this issue and a good discussion of boot setup from this point of view (cuff stiffness, but also height and angle etc).