It seems that some skiers and even pros don't really understand the essence of modern ski technique and can't see what is going on at the highest levels of the sport - one of the contentious issues is sometimes that of being low in transition, with some suggesting that there is no such thing!

Although this is the "normal" in all great skiing and it is not your grandad's avalement, as we'll see, it's not really about who's the lowest in transition specifically, but about the efficient and effective movements which often result in a low position in transition! Read on!

Let's take a quick look at the latest winning run from Marcel Hirscher:

How tall do you think he is in transition, i.e. when the skis are flat on snow? Let's take a closer look at the transitions of the first corridor: 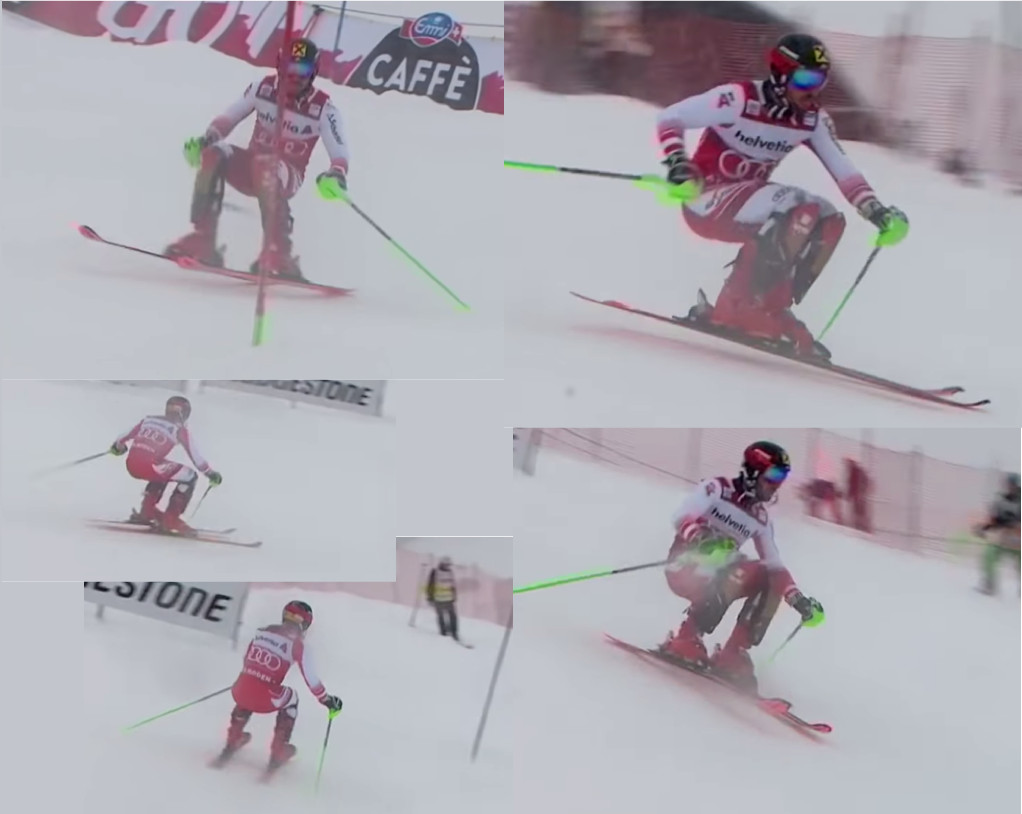 Do you think he's tall in transition? Hmm! If you think so, you might need better goggles!

But ok - let's say that you think boys are stronger and somehow ski differently, so let's take a look at the girls - this is the latest winning run from Mikaela Shiffrin - from the first clean corridor:

What did you see? Let's take a closer look at the transitions in the corridor: 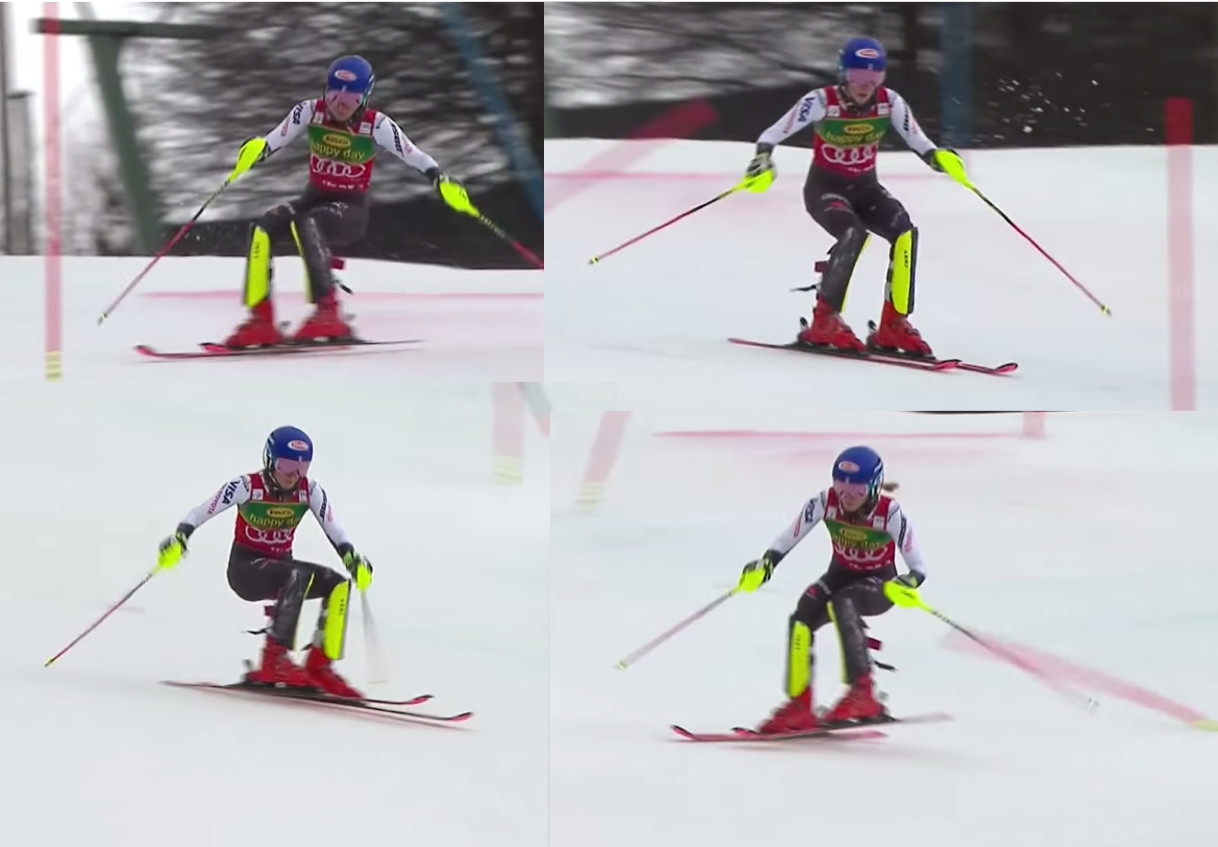 Did this blow your mind? If so, then you need to get a membership here, to read about the current technique. It's not really a question of what they're doing to get in these positions - we'll cover that just below - the more interesting question is: what are they doing to make this work ?!?

Were they always this low?

The same movements have been used for a long time and similar stances can be observed for quite a while in racing. It is possible that this evolved together with the evolution of ski angles - lower in the turn, lower in transition:

So, what's going on? It is not a function of them doing this just for the sake of being low in transition! It simply is part of an efficient transition: they are simply flexing to release or shortening the outside leg to release the ski from the previous turn. There is a lot on that topic on this website, including the Flexing workout session and more!

The reality is that this is a complex subject. One cannot just start teaching skiers or racers to "get low" or "stay low" because they will also get back! It takes some coaching subtlety to coach this specific transition well. Some of the side-effects of newbies doing it include:

This is likely why many coaches don't even "go there" - because it's not that straight forward to coach this properly and instead they still insist on pushing your hips forward - but we can't push the hips forward while releasing the skis at the same time! Coaching these movements is not a big problem, however, if you understand the movement patterns, how they interact and know what to do!

This issue is so misunderstood, some pros on Facebook claim that flexing will not even release the skis!! But the physics here is pretty simple and straightforward...

The reason that the skis turn is because of the centripetal force. When we relax the outside leg and allow it to flex or retract it, we reduce and remove the centripetal force and the turn simply ends. The COM, the body crosses over the skis and we start the new turn. It really is that simple.

That's not all we do in a good release, but it is the basic mechanism! Also, don't forget that there are several categories and types of releases, which are categorized under release.

Nope! I mean yes, they may appear to be back.... but no ;) ! Read the detailed discussion at low and forward.

These top athletes are not doing it for the sake of "being low" - they are doing the movements that result in this low position because of the many benefits, like:

For members, use these sessions to work on these skills: