One of the essentials of skiing, counterbalancing (or CB for short) is a specific form of lateral angulation, preferably including the hip, to complement the tipping of the skis1 with the feet and legs into the turn. It usually manifests in a "stable core" or calm upper body since the torso tends to stay upright while the skis swing and turn underneath and it is a critical component of balancing on the outside ski and carving, in expert skiing: 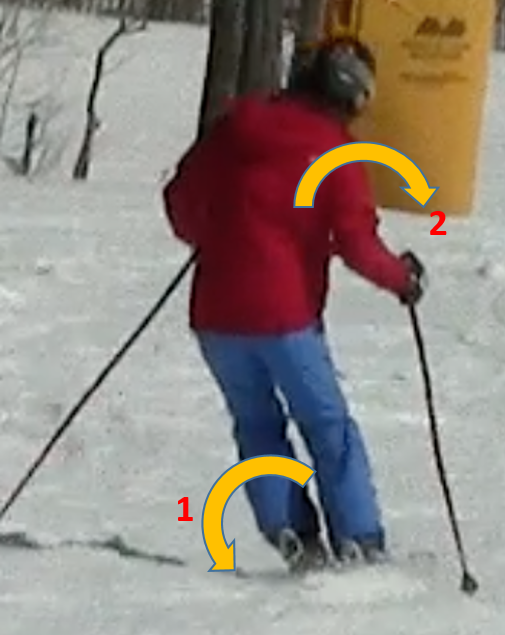 So, as we're tipping the boots on edge (1), the torso's default action would be to follow and incline into the turn, but we then complement with tipping the shoulders and hips to the outside (2).

Counterbalancing is the side-to-side tilting of the upper body at the waist [...] performed in proportion to tipping, to complement tipping.

If you look it up on wikipedia, "counterbalance" will redirect to Counterweight - so instead of bundling edging and balancing movements into a single "geometrical" concept of "angulation", we will split this into a specific tipping movement for edging from the lower body, complemented by a counterbalancing movement of the upper body, to stay in balance.

Also, we prefer to talk in terms of the movements a skier should make and angulation is not in reality a specific movement, but a fuzzy concept of creating angles with the body, so again we prefer counterbalancing as the movement that creates hip angulation.

So, as you tip the skis on edge, you have to counterbalance with the torso, to stay in balance and increase the edge angles. Tip your skis on edge. Now tip the torso the other way and see how much more you can tip the skis... 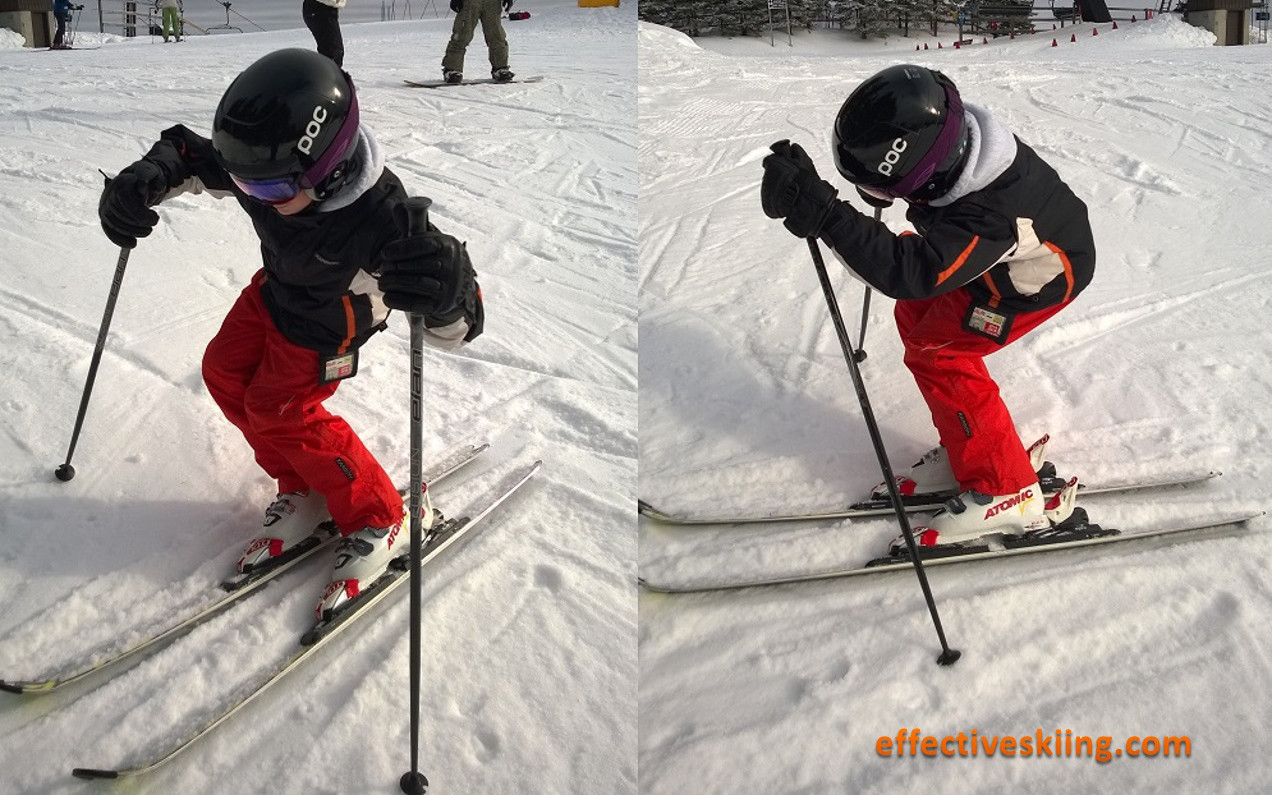 An extreme range of tipping, enabled with counterbalancing and relaxation

Sometimes the waist is mentioned in relation to counterbalancing. Don't mis-understand that as implying that we bend the lower back. That is usually the way it is done at the beginner level, when you focus on "crunching" the shoulders or when somebody is lacking sufficient hip mobility and/or awareness. 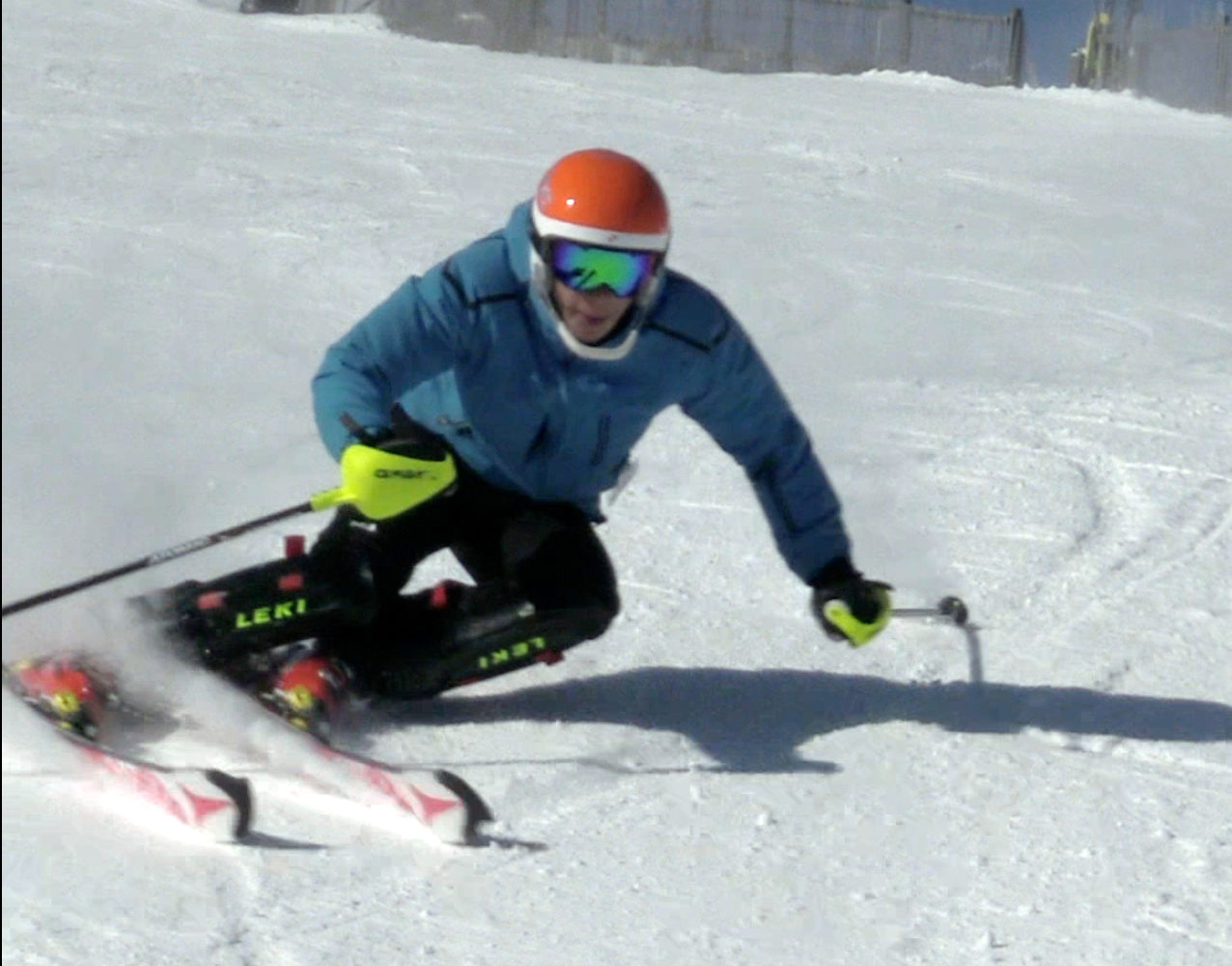 Creating it at the hips reduces the stress on the spine and adds more "power" in performance skiing!

The first photo above shows a form of static counterbalancing, at low speeds, which simply helps stay in balance while the lower body is tipping the skis.

As the speeds are ramping up, the movements become quite a bit more complicated and dynamic or anticipatory in nature, as it should be obvious looking at the other, more extreme, photos of expert skiers above.

As you can tell, counterbalancing involves large muscle groups, which usually take some time to activate and put in motion. This is why it is beneficial if one starts the counterbalancing movements early, before the edge changes, especially in short turns.

However, be careful to not lead the turn with the upper body: the turn should generally be led with the lower body! See Early angulation.

In the Essentials, counterbalancing is defined1 as an upper body movement, in reaction or to complement a lower body movement (tipping). In racing however and high performance skiing, the view is that generally we strive to maintain a stable upper body while the legs swing underneath... which is correct?

They are both correct - the difference is observation vs instruction! Here are some considerations, to help understand the two points of view:

Some like to think that the upper body is somehow anchored in the "ether" and decoupled from the lower body, which is gree to swing and turn underneath, but that's not how physics works. This is just turning observation into instruction: the observation that the torso appears stable while the legs tilt and turn underneath vs the instruction on the movements that achieve that outcome.

In skiing, the feet are in contact with the ground and more or less locked (in a carve). To avoid incling, the upper body is the one that can actively resist the inclination and counterbalance.

Member-only content avilable (180 words).
To see more on this topic, you need a membership. (Member)

Strong cues for counterbalancing are Lifting the inside hip and Strong inside half. 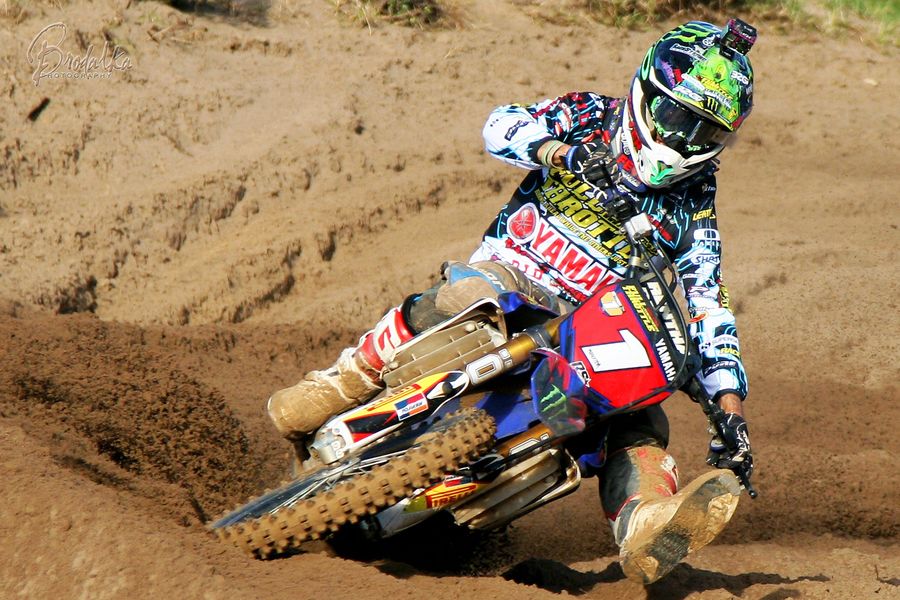