In physics, angular momentum is "the quantity of rotation of a body, which is the product of its moment of inertia and its angular velocity", see Angular momentum.

Since alpine skiing is mostly about turning, this is one of the most fundamental biomechanical principles.

We create angular momentum by turning, we can transfer it from the upper to the lower body by using our body (to counterrotate), we block the angular momentum with a Blocking pole plant, relying on its preservation etc.

The much larger mass of the upper body means it has a large angular momentum even when turning slowly and when we transfer/leverage this to the lower body, it will result in a higher speed of rotation. This is what makes even a feeble blocking pole plant very effective in certain situations.

Examples of leverage include Counterrotation and Blocking pole plant.

These are very related but rather different. Angular momentum may be created or controlled with coiling and leveraged for uncoiling++ but coiling itself is a muscular effort, a "winding" of the body, creating an internal "torque" or "tension".

Angular momentum is a given in skiing, as we keep turning down the slope we always generate angular momentum, so it is something to control and use.

We generally need to be mindful of and control the angular momentum of the upper body throughout the turn, because if it gets too high, it will be harder to control and will cause serious effects down the line.

Rotation - upper and lower body are not decoupled, not separated

The issue with too much angular momentum of the upper body, as in the photo above, is that it will need to be controlled and reversed eventually, if we are to ever continue with the next turn and that will cause us to release late, put pressure on the skis when we don't want to etc - as the only way to reverse the angular momentum is by leveraging the skis and snow, via the core and legs.

The skier above, unable to decouple upper and lower body, will not be able to turn quickly and will spend most of the time out of balance.

The basic mechanism is to decouple the upper body from the lower body and the turning skis, so the turning of the skis does not create upper body momentum. After that, there are two major movements:

See Steering and coiling for a more detailed discussion of these relationships. 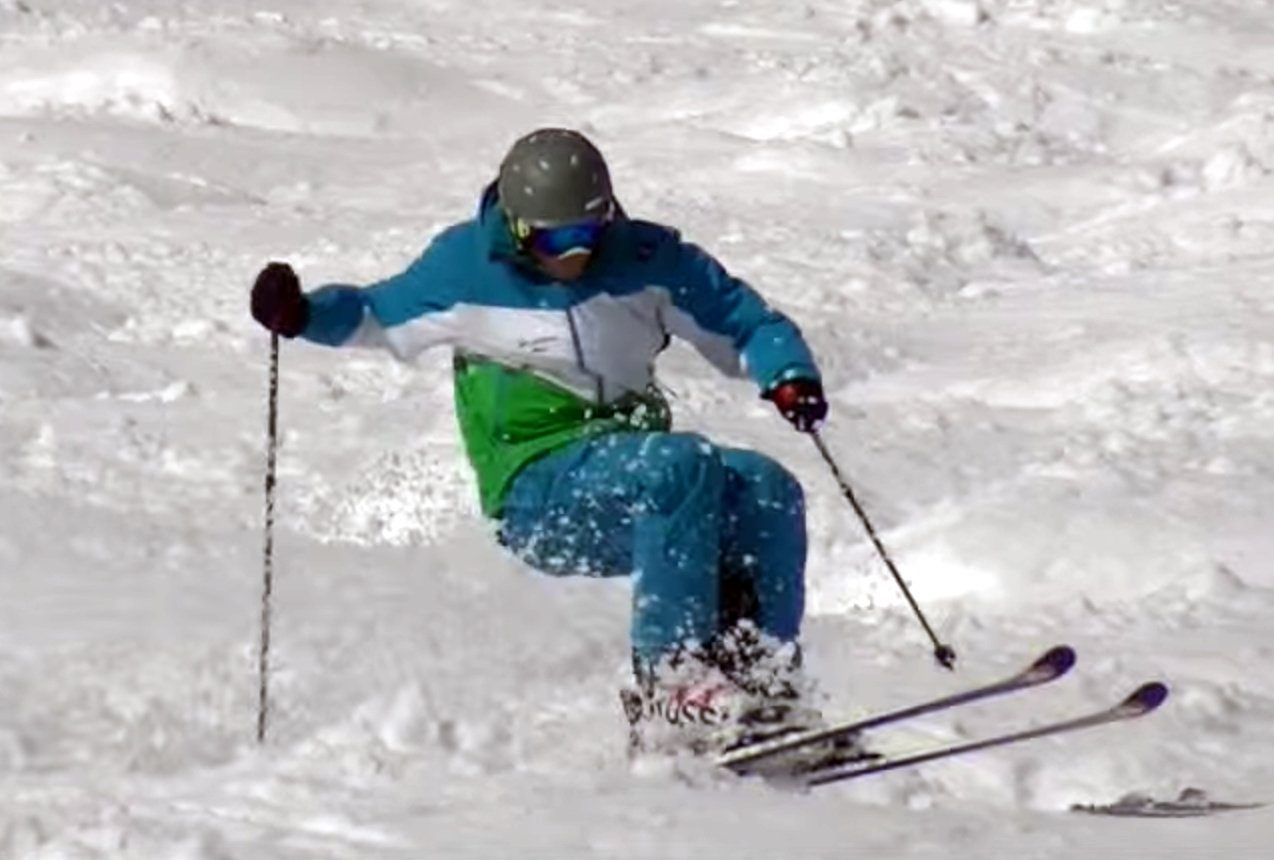 Just one more observation, before we end this thought: when up on edge and carving, the rotation of the lower body helps edging and carving...